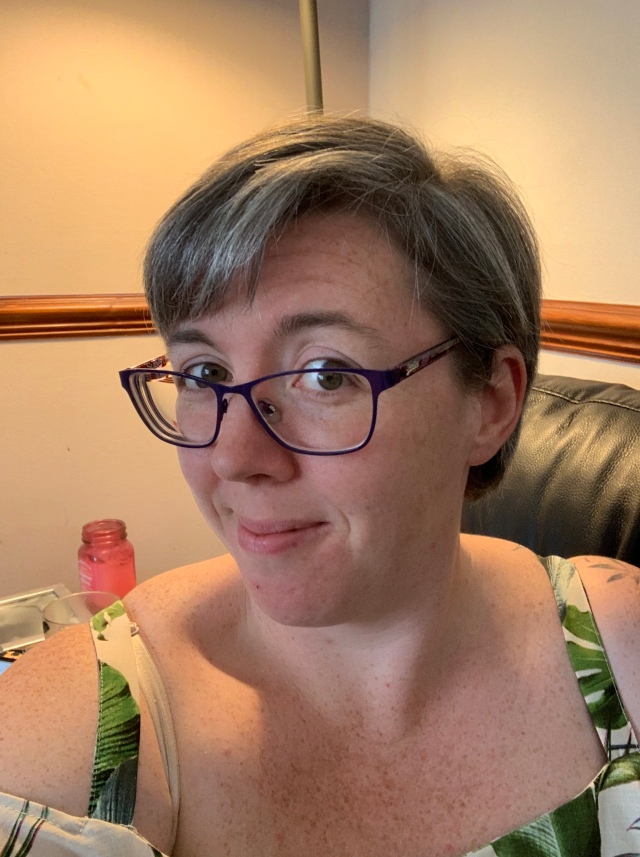 I grew up in a town called Livingston, in central Scotland.

I was horse mad from an early age and moved to Aberdeen at 17 to do a degree in Equine Science. After moving back home to Livingston 4 years later I worked as a care assistant for the elderly and infirm until I got a job in the equestrian industry. Since then I have followed my line of work across Scotland until I took time out to have my children.

After leaving my job as a riding instructor to have my kids, I was never able to return to work due to some very long and complicated family and health issues. I began writing again shortly after the birth of my second child and in that year, I wrote the first three full novels of my Saga of Thistles and Roses series. Writing is a passion and though I have had to take a break recently due to personal issues and then being accepted to Edinburgh College of Art to study Product Design, I still find time to write and aim to complete the saga at the earliest opportunity.

I am currently writing the fifth novel in the Warrior Queen Series, the first series from The Saga of Thistles and Roses.

7 Responses to As an Author

The Saga of Thistles and Roses
Mani's Book Corner

The place to read book reviews, bookish posts and the occasional off topic posts

Days in the life of an adult on the spectrum

A Little to the Left of Normal

My Escape From Reality

Using the bullet journal and calligraphy to cultivate an intentional life

On self discovery and art

It Must Be Mum

Simply my take on living life as a female with Asperger's Syndrome.

Meeting With The Muse
Jette Harris

Adventures (and Misadventures) in the Writing Process. My Personal Narratives and Writing Samples